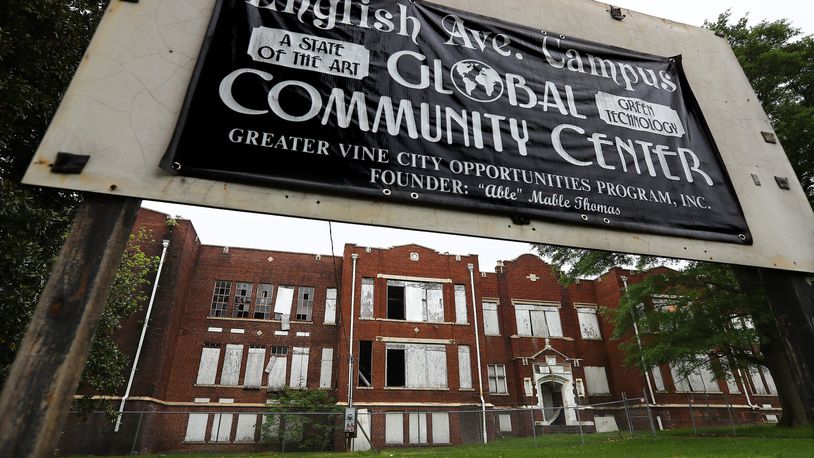 The Atlanta City Council on Monday gave the green light to the restoration and redevelopment of one of the oldest school buildings in Atlanta, despite concerns about the plan from a partner on the project as well as some nearby residents.

The council voted to grant a permit for the renovation of the historic English Avenue Elementary School building, located on 3.2 acres just south of Donald Lee Hollowell Parkway.

Westside Development Partners plans to spend over $30 million on restoring the building for a community center that would have offices, space for private events and a roof terrace, according to plans filed with the city. It would also provide workforce development services and training.

The company is a partnership between development firm Optimal Company and Greater Vine City Opportunities Program, a nonprofit founded by former state Rep. “Able” Mable Thomas that purchased the land over a decade ago.

Thomas, however, is not in favor of the proposal for the land. While the vacant building has become an eyesore and is in need of redevelopment, she said, nearby residents have raised concerns about the building’s partial use as an event venue.

“My question is, do working class, poor people have the right to control, direct or even have voice in their own community?” said Thomas, who represented the area in the General Assembly for a total of 22 years. “We have not had a voice in this community.”

Keven Patterson, the CEO of The Optimal Company, said he has done extensive community outreach, including a neighborhood meeting earlier this month to hear from residents. He said the event space will be used for wedding receptions, art shows and other community events, and not as a club space. The permit has conditions mandating that events cannot last past midnight on weekends.

“It’s going to be a very impactful project that will create jobs, create economic mobility for people,” Patterson said.

The permit passed the City Council by a vote of 13-2 with the support of Councilman Antonio Brown, who represents the area.

“This is a property that has lied dilapidated in this community for well over 12-plus years, and there have been several entities that have attempted to move forward and develop this property,” Brown said in an interview Monday. “And for one reason or another, it’s never happened.”

The school building’s rich history goes back over 100 years.

It was built in 1910 in English Avenue, a westside neighborhood named after former Atlanta Mayor James English. It was an all-white school until 1950, when the demographics in the area began to shift and the city changed its designation to a Black school, according to the Atlanta Preservation Center.

In 1960, the school was bombed the morning after community members held a prayer vigil and an anti-segregation march. It it considered one of the worst racially motivated bombings in the city’s history. The school closed in 1995, with notable alumni including Gladys Knight and Herman Cain.

The property has sat vacant since then, and has fallen into a state of blight and disrepair, with its windows boarded up or broken. English Avenue is now a predominantly Black and low-income neighborhood, and is seeing a wave of new investment following the construction of the Westside Beltline Connector path.

Thomas’s nonprofit purchased the property in 2010. Since then, she started a campaign to raise money and has tried to work with various developers over the years to revitalize the property, but those attempts fell through. Last year it was added to the National Register of Historic Places.

Thomas’ nonprofit and The Optimal Company entered into a partnership in 2017 for the school’s redevelopment. Patterson holds a majority stake in the partnership. 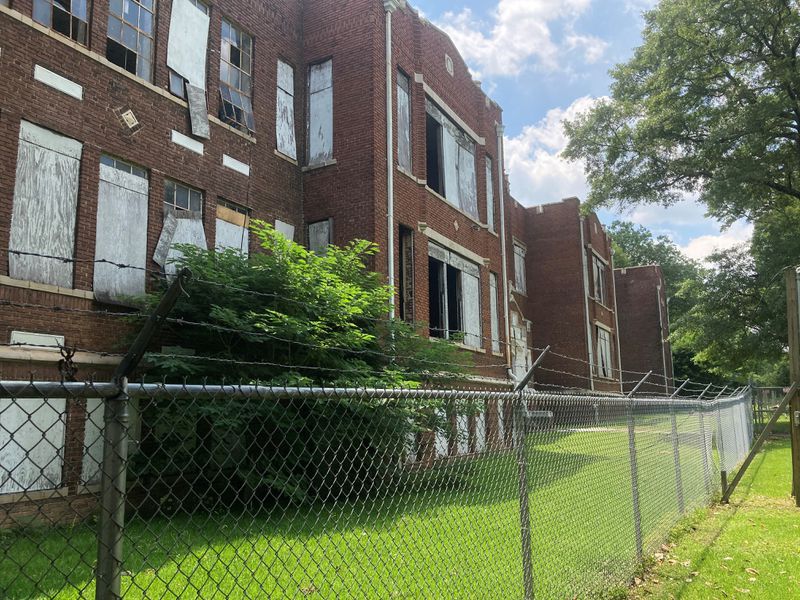 English Avenue resident Patricia Campbell said she is concerned about events being hosted at the building, which is in a residential area, and would prefer the building become a center that offers services like rental assistance or a day care.

“We didn’t want what he’s offering. We don’t want a venue,” Campbell said, referring to Patterson. “I just don’t think that he’s looking at this neighborhood as it is. Maybe he’s looking at it 20 years from now. But he’s not looking at it to help the people.”

Councilman Michael Julian Bond, who grew up near English Avenue, said he voted against the permit to reflect the concerns he heard from residents. Bond said he wished Thomas and Patterson could come to an agreement “so there would be a united effort in getting this historic building renovated.”

“I just wish that these two folks who were in partnership on this development could have had one more round of outreach and negotiation,” he said.

By J.D. Capelouto, The Atlanta Journal-Constitution